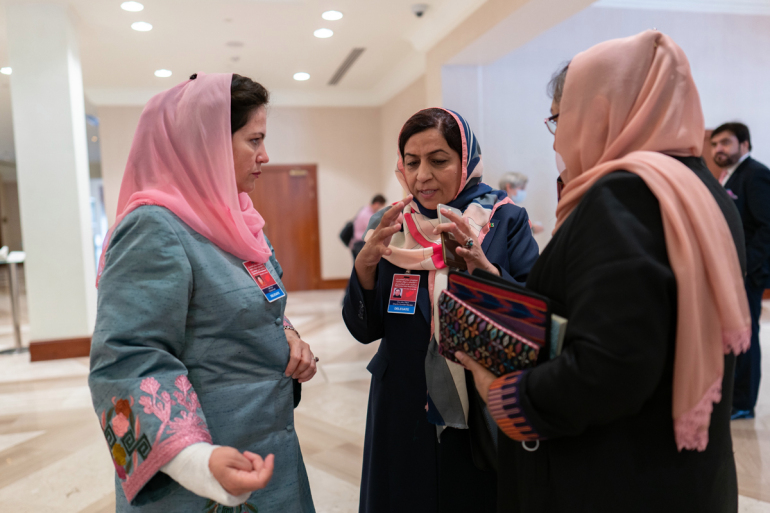 They have risked their lives to educate girls and survived assassination attempts. Now they hope to end decades of war.

Among many Afghan women and girls, there is a fear that the US-Taliban deal could potentially pave the way for the armed group’s return to power and to the oppression they previously endured under their rule.

But the four female members of the Afghan government’s 21-member team, negotiating with the Taliban at the intra-Afghan talks, say they are determined not to give up on women’s rights in their country.

The talks in the Qatari capital Doha became possible after the US signed a deal with the Taliban in February that included a phased withdrawal of the remaining American troops from Afghanistan and a prisoner exchange between the Taliban and the Afghan government.

These talks are aimed at finding a peaceful solution to the 19-year war in Afghanistan and to preserving the progress made in the post-Taliban years.

From surviving assassination attempts to risking their lives running underground schools during the Taliban’s rule, Habiba Sarabi, Fatima Gailani, Sharifa Zurmati Wardak and Fawzia Koofi have endured it all.

Although they come from different backgrounds and have had different life experiences, the common thread that connects them is their fight for the right to an education.

To read the full article: https://www.aljazeera.com/features/2020/10/7/who-are-the-afghan-women-negotiating-peace-with-taliban