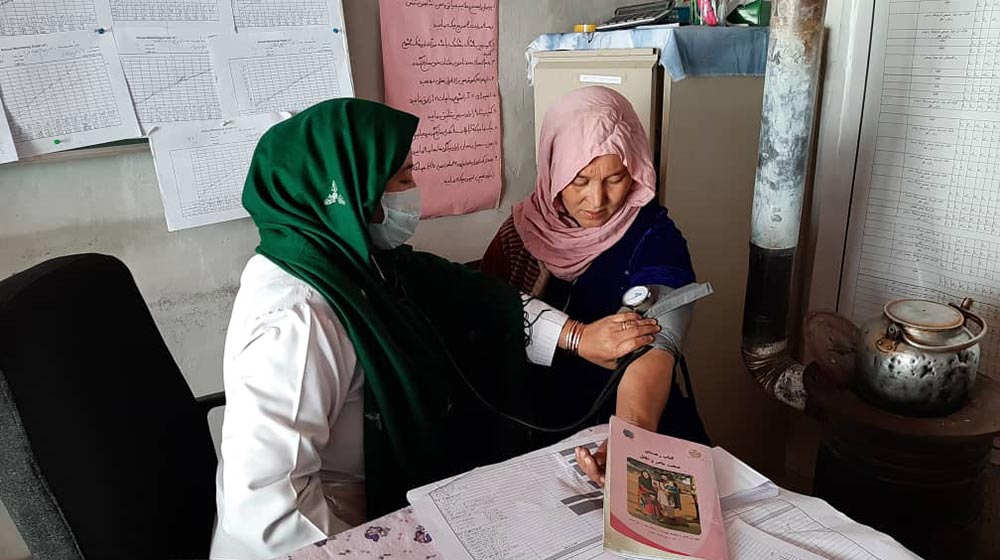 SHAHRISTAN, Afghanistan – “It was midnight on 6 August when there was a loud knocking at my front door. My husband answered. Standing in the dark was a person asking for my help – a baby was being born,” Shirin described to UNFPA.

It was the start of the greatest challenge she had ever faced as a midwife.

She knew the man. He was a relative of Fatima, one of her patients. “Tonight her situation was critical,” Shirin said.

Fatima, already a mother of six children, was in labour with her seventh. Shirin was immediately alarmed – an earlier examination had shown that the delivery would be dangerous.

“Fatima’s baby was found to be in the wrong position and the delivery was to be a breach birth,” Shirin explained. “I’d provided information and counselling on her condition, but advised her to refer the case to the provincial hospital in Nili, the center of Daikundi, for further management of her delivery.”

But Fatima’s family couldn’t afford to seek care so far from home. “We’re a poor family and the economy and unavailability of transport was a big problem for us,” Fatima said. “We would have had to pay 13,000 afghanis [$170] for transport to reach the provincial hospital in Nili. This was not possible.”

To read the full article: https://www.unfpa.org/news/midwives-front-lines-working-reverse-afghanistans-high-maternal-death-rate

AfD has been providing training to midwives in Afghanistan since 2014; our cascade-model approach has proven effective not only in terms of quality of training provided but also of capacity building at the community level, empowering women with knowledge that is vital to pregnant women and children as well as to increase women’s participation in the workforce.

This year AfD has partnered with One Day’s Wages; our project aims at training 400 midwives across 4 provinces of Afghanistan: Kabul, Logar, Wardak and Badakhshan. To learn more about the campaign: https://onedayswages-afd.funraise.org/